Simkhat Torah - Roll Back & Read On

Today is what is called Simkhat Torah. It is a day that the Torah scroll is rolled back to the beginning and a new reading schedule starts over. In finishing the Torah, we learn a few things that are important for us to keep in mind. The Israelites have seen so much—and God wants to do so much through them. He worked powerfully through Moses.

Deut. 33:2—“The Lord came from Sinai and appeared to them from Seir; He shone on them from Mount Paran and came with ten thousand holy ones, with lightning from His right hand for them. 3 Indeed He loves the people. All Your holy ones are in Your hand, and they assemble at Your feet. Each receives Your words. 4 Moses gave us instruction, a possession for the assembly of Jacob. 5 So He became King in Jeshurun when the leaders of the people gathered with the tribes of Israel.”

Deut. 33:--26--“There is none like the God of Jeshurun, who rides the heavens to your aid, the clouds in His majesty. 27 The God of old is your dwelling place, and underneath are the everlasting arms. He drives out the enemy before you and commands, “Destroy!” 28 So Israel dwells securely; Jacob lives untroubled in a land of grain and new wine; even his skies drip with dew. 29 How happy you are, Israel! Who is like you, a people saved by the Lord? He is the shield that protects you, the sword you boast in. Your enemies will cringe before you, and you will tread on their backs.”

Even Paul carries this later

Romans 9:4—“They are Israelites, and to them belong the adoption, the glory, the covenants, the giving of the law, the temple service, and the promises. 5 The ancestors are theirs, and from them, by physical descent, came the Messiah, who is God over all, praised forever. Amen .”

Even they were adopted into the position—to be God’s treasured possession and through whom He would bring the Messiah. He showed His glory, promised the covenants, gave the Torah, much of which came through Moses. But even Moses can only go so far.

Deut. 34:44—“The Lord then said to him, “This is the land I promised Abraham, Isaac, and Jacob, ‘I will give it to your descendants.’ I have let you see it with your own eyes, but you will not cross into it.”

not in the land of promise, still not experiencing the rest of the covenant of peace.

Symbolically it tells me that Moses can only take you so far— He cannot take you into the Promised Land.

One of the things that we as those who are returning to Torah, including the Sabbath, need to realize is that keeping Torah does not take you or me into the Promised Land—Torah is not a means of Salvation.

This is one of the first accusations leveled against anyone on this journey.

Only one person could keep Moses to the fullest extent—the Messiah. Since we cannot—you will not enter into the promised land—because as James tells us, to stumble at one point of the Torah, is the same as breaking all of it.

I believe Paul in Romans 3 is giving Jewish legal commentary and conclusions that he learned under Gamaliel.

Romans 3:20—“For no human, on the basis of Torah observance, will be set right in His sight—for through the Torah comes awareness of sin.”

Paul is establishing the problem that Jews and all humanity faces, then he reveals the solution that God has provided through the Messiah.

21 “But now God’s righteousness apart from the Torah has been revealed, to which the Torah and the Prophets bear witness—“

The idea that God will provide a righteousness apart from, independent from the Torah should be something that we can find in the Torah and the Prophets. It is part of the work and ministry of the Messiah. And this work has been a part of the plan from the beginning which Moses recorded even in the Torah.

So while Moses can only take you so far and not into the Promised Land, Moses does reveal the means and the way in. We need a Joshua to lead us in. Interestingly, and I’m sure purely coincidentally, Joshua and Yeshua are related Hebrew words. It was always there in the Torah, but perhaps our eyes were prevented from seeing it. But God was revealing His plan from the beginning.

Jesus said that same thing. John 5:45—“Do not think that I will accuse you to the Father. Your accuser is Moses, on whom you have set your hope. 46 For if you believed Moses, you would believe Me, because he wrote about Me. 47 But if you don’t believe his writings, how will you believe My words?”

Moses accuses us because Moses, in the Torah, reveals our sin. But again, Moses also wrote about the Messiah. Even after His resurrection, Yeshua again pointed to the foundation of His Work in the Torah and how He can lead us into the Promised Land.

Luke 24:44—“Then He told them, “These are My words that I spoke to you while I was still with you —that everything written about Me in the Law of Moses, the Prophets, and the Psalms must be fulfilled.” 45 Then He opened their minds to understand the Scriptures.”

We need a similar opening of our minds to understand the Scriptures. For too long we have missed something, the foundation of the Messiah in the Scriptures and the life was His followers are called to live.

Romans 3:22 namely, the righteousness of God through putting trust in Messiah Yeshua, to all who keep on trusting. For there is no distinction,

23for all have sinned and fall short of the glory of God.

24They are set right as a gift of His grace, through the redemption that is in Messiah Yeshua.

This lets us know that both Jew and Gentile have fallen short of the Glory of God, whether we had the Torah or not. And we both need salvation. The mechanism of our salvation, the Messiah, is the same for both groups.

But the Torah was needed to show us our need. The Torah was a tutor—the goal and purpose of the Torah was to lead us to Messiah—to the Promised Land—to Rest—but faith & trust in the work of the Messiah is all that will allow you to cross over into that Promise.

Galatians 3:21--“Then is the Torah against the promises of God? May it never be! For if a law had been given that could impart life, certainly righteousness would have been based on law.

22But the Scripture has locked up the whole world under sin, so that the promise based on trust in Messiah Yeshua might be given to those who trust.

23Now before faith came, we were being guarded under Torah—bound together until the coming faith would be revealed.

24Therefore the Torah became our guardian to lead us to Messiah, so that we might be made right based on trusting. “

Living by the Torah is not contrary to faith in Yeshua. The Torah points us to Messiah and our need for Him. But after we have come to Him and trusted in His work on our behalf—the Torah is how His people should live.

We live and follow the commands of God not to be saved, but because we are saved. We believe Jesus meant it when He said, “If you love Me, you will obey My commands.” (John 14:15) Trusting in Him and following His ways is what leads us to rest as one who “keeps His commandments and holds to the testimony of Yeshua” (Revelation 12:17)

That is why the Sabbath is a part of life. That is why the Feasts of the LORD (Leviticus 23) are valuable for the people of God. They are a part of His commands. As citizens of His Kingdom, we seek to live by the ways of the His world and not this world that is not our home. The Sabbath and the Feasts point to and foreshadow what is to come.

And yes, there are still things to come! More to be revealed and be fulfilled. The fullness of the Fall feasts are awaiting the word of the Father to say Go get your Bride! 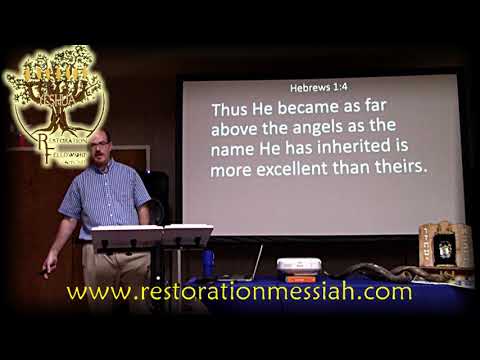 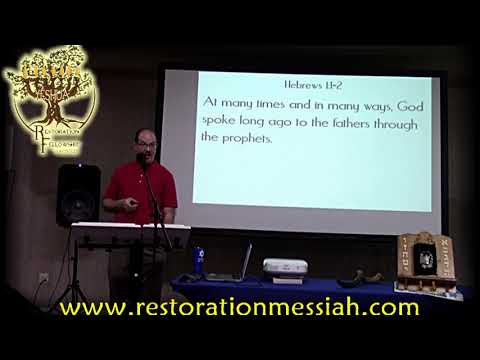 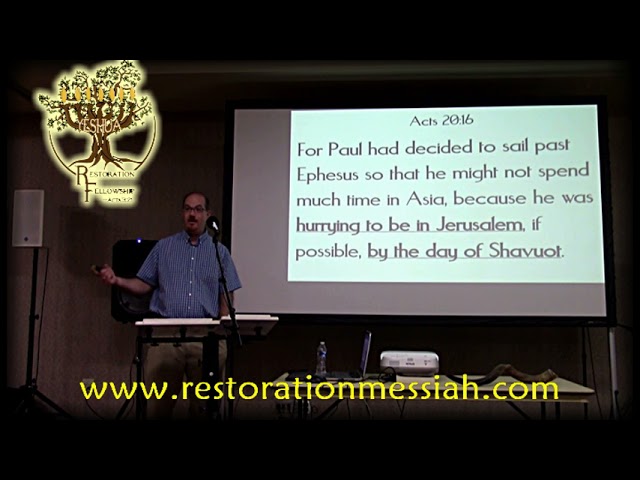 The New Testament Teaches the Sabbath 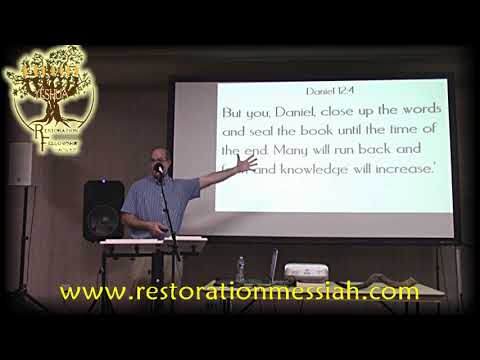 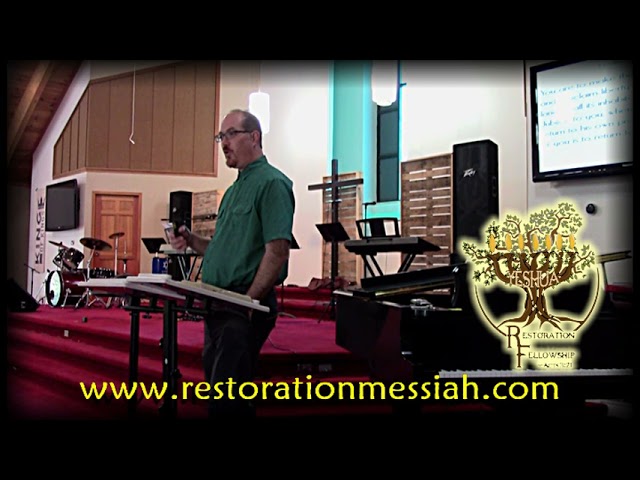 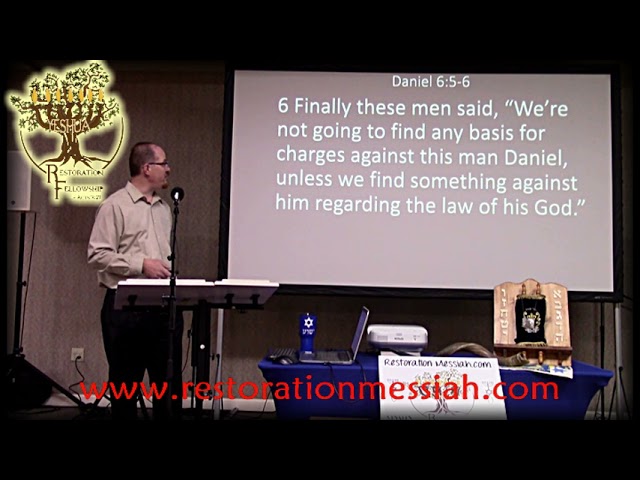 Faith Amid a Great War - Daniel 10 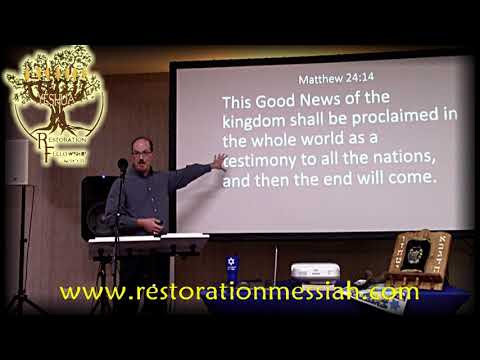 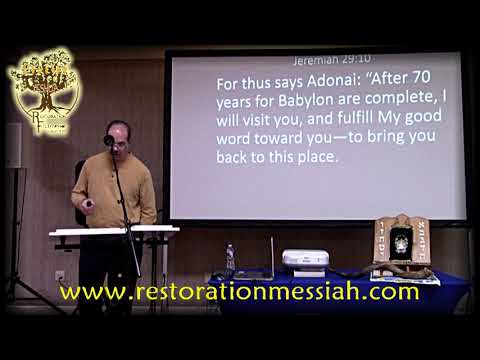 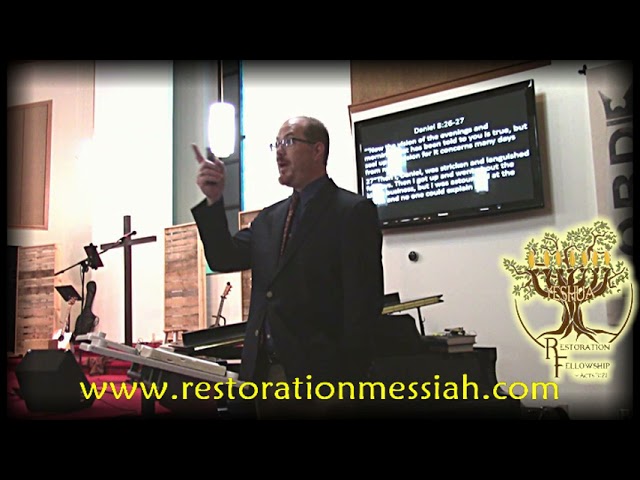 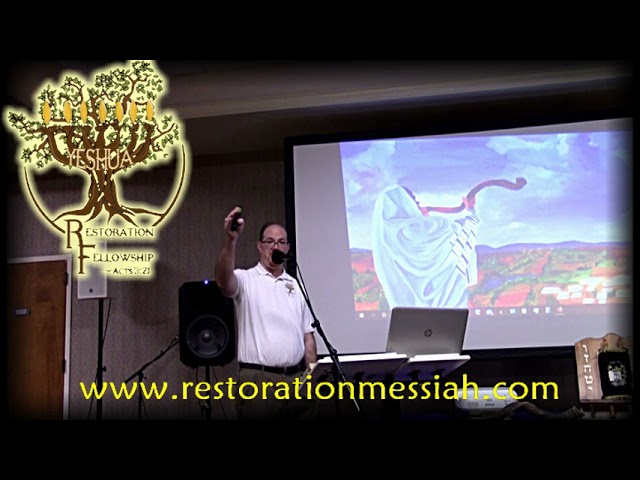 Egypt Sets the Pattern for the Nations - Exodus 13-15