The book of Hebrews is a powerful New Testament declaration of faith in Messiah. It, along with Luke and Acts, is considered some of the finest and highest quality of Greek we have available from the ancient world. This quality of language and argument contributed to its inclusion in the canon despite the uncertainty of its authorship (who must at least be Jewish, given his knowledge and expertise of the practices- some have proposed Paul, Apollos, Silas or even Barnabbas) Acceptance of Hebrews almost didn't happen. Growing antisemitism in the early church made them uncomfortable with Hebrews’ focus on Hebraic/Jewish ceremonial issues. These growing controversies can be seen in the book of Romans as well as 3 John 9-10 where a man named Diotrephes refused to even welcome The Elder, John and who expelled others.

However, the hope of life in the New Testament is that there is unity and reconciliation between the Jewish and Gentile sections within the Church. I say all this to set up the conversation with family that caused us to take a closer look at Hebrews 10:24-25–“and let us watch out for one another to provoke love and good works, 25 not neglecting to gather together (forsaking the assembling of ourselves-KJV), as some are in the habit (custom or way) of doing, but encouraging each other, and all the more as you see the day approaching.” I have always spoken about this verse in regards to the importance of regular church attendance, combating our tendency to get frustrated, pull away and go it alone. But something caused me to take a closer look at some of these words, particularly the use of the word “assembling”. I had a hunch, but I expected the word to be some relation to fellowship (koinonea) or church (ekklesia) but it is not, and what it is makes for interesting conversation given the cultural context of the time. The word is actually Strong’s G1997 - episynagoge. I hope you can see that synagogue is the primary root of the word. Interestingly, Strong’s puts the words “assembly (of Christians)” in the definition to make sure there is no confusion of what kind of assembly this is talking about. I find that interesting considering the larger Hebraic focus of the book.

Because why would that extra statement be necessary if everything was so clear cut? To me that is an admission that there is an attempt to keep people from connecting this word or passage to a Jewish synagogue setting and not the traditional Christian Church expression. And that bothers me and makes me wonder what else this could be translated as. So let's take a closer look. Backing up in the verse, “forsaking” comes from G1459 which means to abandon, desert or leave behind a particular place or location. “Ourselves” denotes the author is including himself with his readers. “We must not abandon, desert or leave”...what? The episynagoge - The “epi” prefix has multiple translation options but denotes placement or position near or within - again, within what? The synagogue. Is this still an assembly of believers? Absolutely. Why are believers in the synagogue? Because the synagogue is the place where the early church first met. It is where the Jerusalem Council expected even Gentiles to be in Acts 15 when they are discussing gentiles who accept Messiah and how they should be included and where they should start in their walk of faith. After a few basic starting points—behavior that needs to stop immediately, the Council expects these gentiles to be in the synagogues, hearing Torah every week and changing their lives as they hear more and Grow. Acts 15:21–“For since ancient times, Moses has had those who proclaim him in every city, and every Sabbath day he is read aloud in the synagogues.” Notice where and when even the Gentiles are expected to be. In the synagogue, on the Sabbath, hearing Moses (Torah). This is the practice of the early church and the apostles. But apparently, the growing gentile population in the church and increasing antisemitism was causing some to pull away and stop. That is the essence of the phrase, “as some are in the habit (custom) of doing.” The habit is more than just pulling away from “church”, but from assembling with a certain group of people, on a certain day. This is more than just a habit or custom, the word is “ethos”, G1485, where we get the word “ethic”. This is more than just a “I don’t feel like going”. It has become a rule, command or “usage prescribed by law, institute, prescription, or rite”. Some kind of command or leadership structure is beginning to forbid the practice of going to the synagogue thus increasing the separation between Jewish and Gentile believers. Some, like Diotrephes were beginning to turn away Jewish believers, even those as prestigious as John. In a few hundred years, the church in various councils, will make fraternizing with Jews or keeping the Sabbath illegal. The Council of Laodicea in 363-64 AD stated “Christians must not judaize by resting on the Sabbath, but must work on that day, rather honouring the Lord's Day; and, if they can, resting then as Christians. But if any shall be found to be judaizers, let them be anathema from Christ.”

There was an increasing attitude or teaching or law among gentile believers to forsake and abandon the synagogues and separate from Jewish believers. That means they were abandoning the judgement of the Jerusalem Council. They were trying to make sense of writings, a culture and a way of life that was foreign to them. From then on, these gentiles were no longer hearing Moses on a weekly basis, no longer benefiting from the experience and wisdom of those who have lived Torah for years. This is the opposite of the heart of the Father who desires to make one new man from the two, who wants to fully and forever tear down the wall of hostility (Ephesians 2:14-16). This is the goal and the place He will take us to in the Kingdom. Paul refers to this uniting of Jew and Gentile as the “mystery” that has been revealed and made known to him and his generation (Ephesians 3:2-6). But this segregation wasn’t just coming from the Gentile side only. The great debate in the early church was whether the gentiles could or should be included in the faith in Messiah at all. There were some elements from traditional, contemporary Judaism that was divided over the place of gentiles in the salvation plan of God. Some so excluded the gentiles, like the prominent school of thinking led by a Rabbi named Shammai, that Jews so influenced would not eat with or enter the house of non-Jews, despite this not being a command of the Torah. You see this in the life of the apostle Peter when he had to be convinced to go to Cornelius’ house in Acts 9-10 or when he pulled away from eating with gentiles and was confronted by Paul in Galatians 2:11-14. Paul saw the wall of separation being built back up by both sides and he fought hard to keep it torn down, even to the point of publicly confronting Peter. Because Paul knew that nothing should interfere with the fulfillment of the mystery that has finally been revealed and is fulfilled in Messiah. This mystery fulfilled is the goal for God’s people as well as the Millennial Kingdom. The mystery will be fulfilled according to Revelation 10:7 before the 7th angel sounds his shofar. In that day, Torah will go out from Zion (Isaiah 2:2-3), we will all be celebrating the Feasts of the LORD (like Tabernacles in Zechariah 14:16-19), and the biblical calendar will be the measure of time, especially the Sabbath (Isaiah 66:20-23)

When the Kingdom comes and Messiah is ruling with an iron scepter, both Jew and Gentile will experience correction from the Messiah. This future Day of the Lord and Millennial Kingdom will, to our eyes in the mainstream church, have many elements that look Hebraic or Jewish according to Scripture.

Even before the Kingdom arrives, this is how those who endure are described.

Revelation 12:17—"So the dragon was furious with the woman and went off to wage war against the rest of her offspring-- those who keep the commands of God and hold firmly to the testimony about Jesus.”

Revelation 14:12—"This calls for endurance from the saints, who keep God’s commands and their faith in Jesus.”

If we know this is the goal, the destination for us to be living as the people of God and citizens of the Kingdom, then shouldn’t we be taking steps in that direction now? Why would we wait to begin living as Kingdom people when that is the ideal for us? After all, Yeshua said, the Kingdom of God is within or among us as His disciples. In other words—everywhere we go, we are bringing the Kingdom with us. Everywhere we go, we should be living as citizens of the kingdom. Even though the Kingdom is not fully here, we are ambassadors living by the ways and laws of our true home. We are representatives of our true country and the city we are looking forward to.

The life of the Kingdom is where Sanctification and Discipleship is supposed to take us; training us how to be citizens living under the rule of the King. Jew and Gentile will one day worship fully and completely together. The wall, the attitudes, the differences and even the teachings or rules set up by men that separate us will be no more.

Since this is the goal and the future for God’s people, we must not continue in the rule, practice, custom or habit that has existed for centuries. The custom that keeps God’s people separated from one another. We must no longer continue to abandon or forsake meeting with our Jewish and Hebraic brothers in the faith. Nor can we continue to avoid trying to reach those Jews who have yet to accept Yeshua as Messiah.

This is even more important as we see the coming of Messiah get closer and closer in these days of fulfillment. So we must work all the harder to encourage each other, to be the type that will not forsake the assembly of God’s people. This becomes even more important “as you see the day approaching.”

Following this new law and ethic of forsaking the assembling with the synagogue was one of the first and most devastating mistakes of the early church that we are still living with today.

Instead, let us heed this command and begin meeting together in the pattern and decision of the Jerusalem Council, in the synagogue, on the Sabbath. This is what Hebrews 10:24-25 is really telling us. 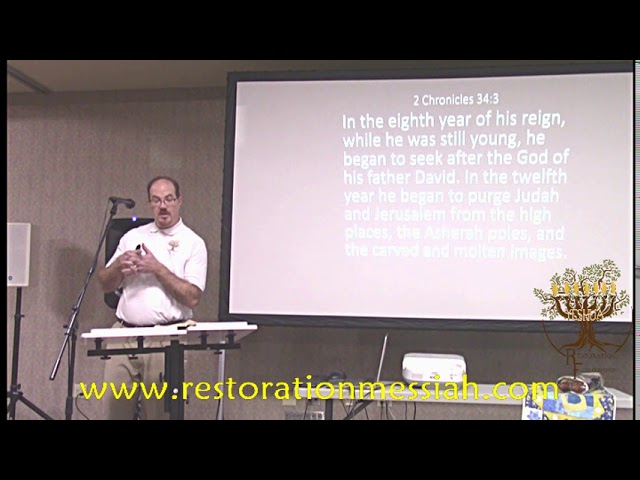 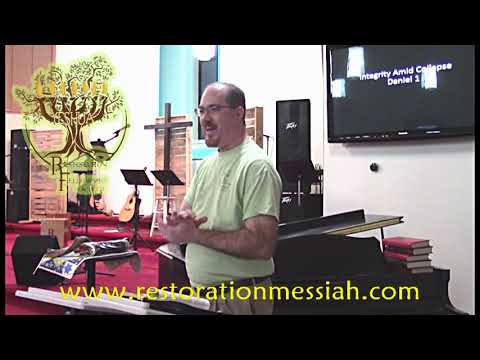 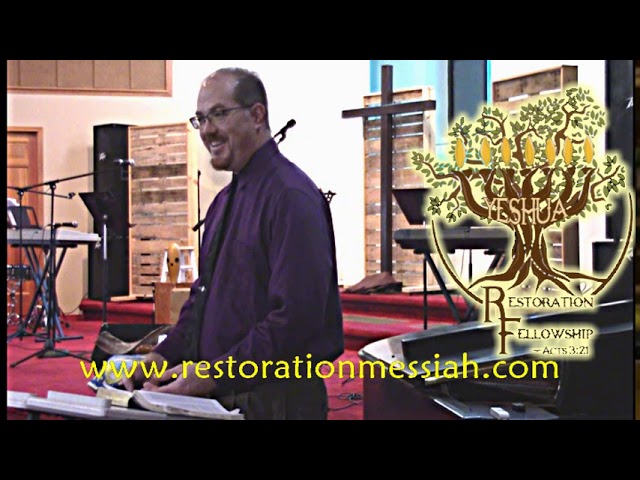 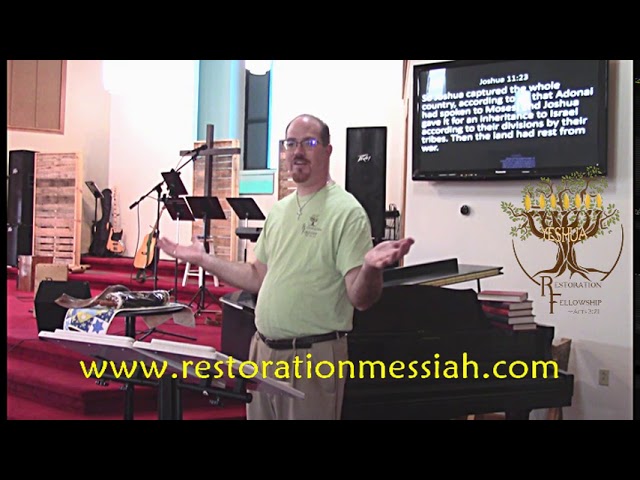 Inheritance in the Messianic Era 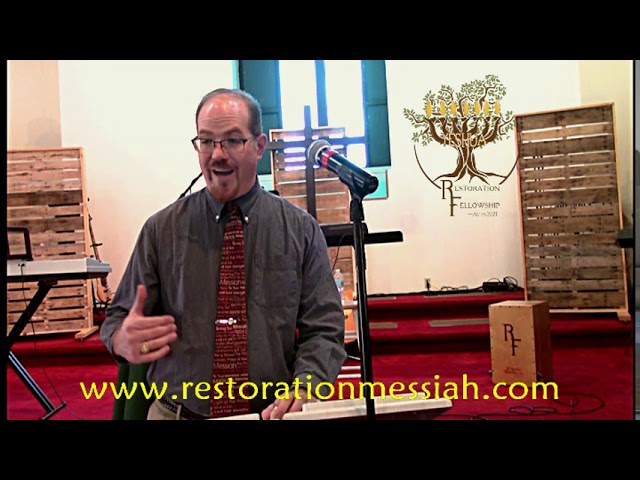 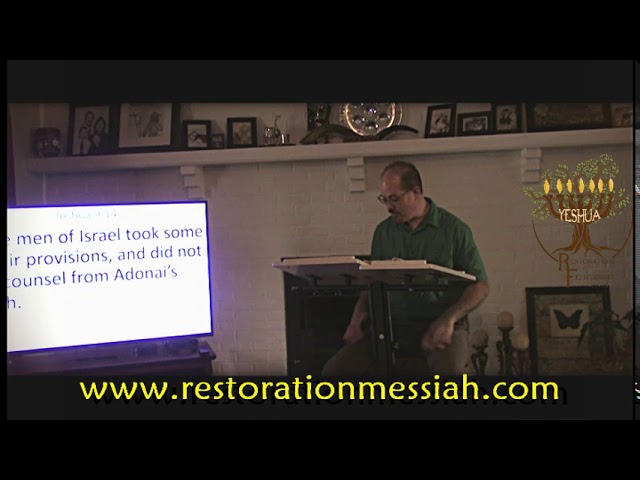 Types of Enemies Leading Up to the Kingdom 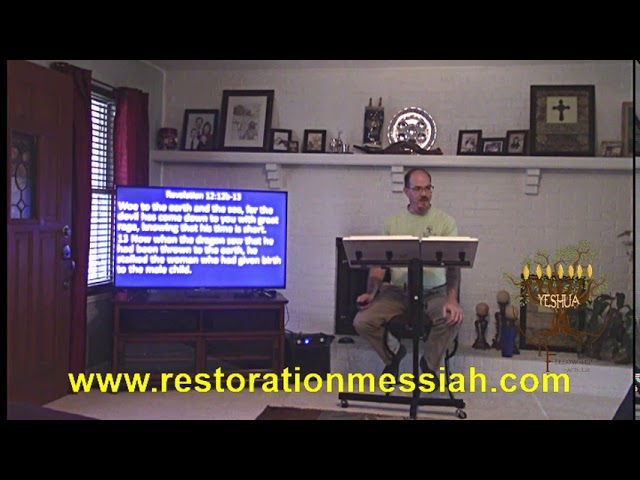 Hanukkah - Living as Light in a Darkened World 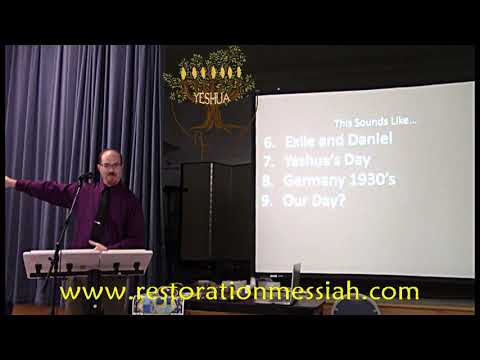 Hanukkah - Dedicated in a Defiled World 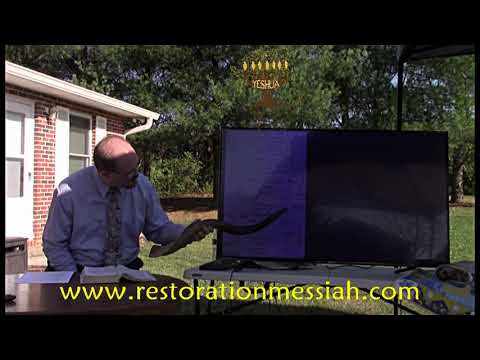 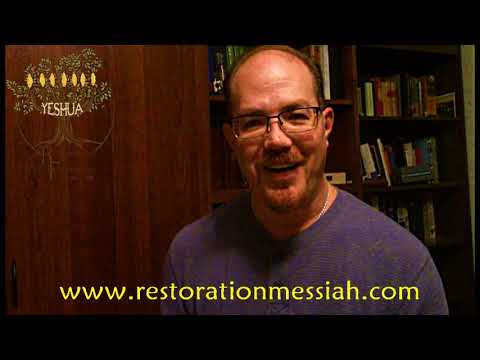